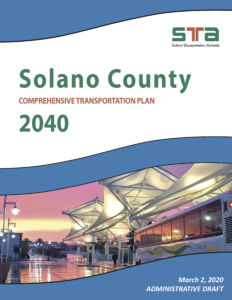 CivicKnit developed the Executive Summary, Transportation Equity, and the Land Use & Housing chapters of the Solano County Comprehensive Transportation Plan in coordination with the Solano Transportation Authority. In addition we managed other consultants, facilitated an Equity Working Group, and made public presentations.

CivicKnit collaborated with several other firms to explore opportunities for expanding public access around the San Pablo Baylands. The project was developed as part of the Resilient by Design Challenge.  CivicKnit researched and summarized relevant plans and studies, led field studies, organized and led focus groups, developed comprehensive maps,  and provided strategic oversight. 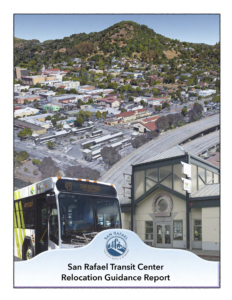 CivicKnit is currently advising the City of San Rafael on key considerations relating to the selection of a site to relocate the downtown bus station. 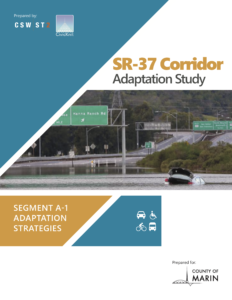 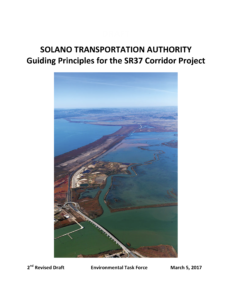 CivicKnit worked with the Solano Transportation Authority to organize, facilitate, and articulate the work of a five-person Advisory Committee comprised of elected officials over a six month period. Additionally, CivicKnit researched prior studies and met with key stakeholders, including regulatory agencies. The final product is a graphically interesting guidance document that addresses key issues to be considered, and prioritizes next step activities to advance planning and implementation.

CivicKnit generated a three dimensional model of maximum possible building envelopes allowed by the city’s general plan. Using GIS data and the city land use code we created videos illustrating the current allowances through the downtown corridor on a parcel by parcel level, as well as the impact of design elements encouraged by the plan such as stepbacks, and the interplay between existing height and density limits.